As I walked out of the hall, there were only two kinds of comments all around - "Why did they make it so complicated?" and "I dozed off for ten minutes".  And I suddenly didn't feel guilty of nodding off somewhere in the middle of the first half. That's Dibaker's Byomkesh for you. Moody, atmospheric, stylish - and crushingly boring! And that is such a tragedy.

Dibakar seems so pleased with the budget he has got to recreate a truly beautiful period piece, that he forgot that there have to be characters in front of all the art direction who should be able to connect with the audience. And that's where all the Byomkesh films made in Bangla are far superior than this one - they connect, they hold one's attention, and they leave one rooting for the eponymous hero.  Such complete satisfaction!

And the surprise is that in such a long movie, the characters are still so underwritten. Take Swastika's Angoori Devi. This beautiful actress is the femme fatale. Her body tells of many stories it knows, and her childlike voice anticipates the tragedy of misplaced trust. But with all her talent, her limpid eyes and slow seduction, Swastika can't transcend the limitations of her poorly etched character. Or the fact that, Satyavati doesn't exchange a single coy look with Byomkesh throughout the film, and in the end is proposed to. Lazy writing and absolute balderdash.

Strangely, it is the end when the film bursts into violent life. Ferocious, fabulously choreographed, and like a page out of an Antigone saga -craft at last seems to meet purpose. Indeed, the last ten minutes are almost like a different film. And the film this film should have been. 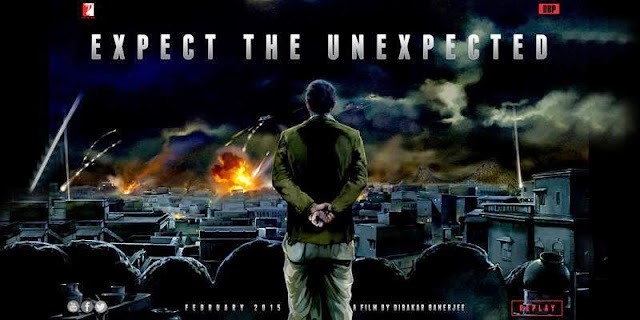 So there was this dude who was asked why Indians didn't do well in life in general. And the answer was that, well, because they spend most of their time watching films! This is that kind of a film. Time waste. Time pass. Whatever. And the kind you come out happy and utterly satisfied. And in spite of aphorisms of the kind above, don't make you feel wasted.

One of the greatest pleasures of my life is of reading a thumping mystery as a Saturday evening drifts by, and I sit all alone, as the body count increases, and I turn page after page, and wonder if life could be better? I remember a Sherlock Holmes mystery where the master of the house acts as the man servant, and opens the door to a guest, and shuts it on his face, saying "Master is not in," because he was reading a book with a fireplace burning , a cigar between his lips, and a glass of something strong glistening on a side-table. And didn't want to be disturbed. Well, again, this is that kind of a film.

And when you are into the seventh instalment of a film franchise, well, you are with family. You know the tics and tricks, that expression on the face, that reaction, the loves and fears, of each one of the protagonists. You become indulgent towards the irritating and big-hearted towards the bogus. You do this for family, don't you?

Oh and there is much to be indulgent about, what with so much cheesy splendor on show. Cars speeding out of planes, landing on highways and immediately commencing pursuit of an armored truck which has nasty guns sprouting out of every nick and corner of the vehicle. Or a billion dollar car crashing out of the airy heights of the glassy exterior of a skyscraper into another building, and then another. And a car flying into thin air to encounter a helicopter midair and blowing it apart. Oh the audacity of imagination!

But there is a sunset feel to the proceedings. Paul Walker would no longer be there. And he would be missed. He gave a winsome vulnerability to the film amidst it's impossible heroes and heroics. There's tenderness and remembrance. And the final tribute in the film shows the warmth of this warm persona, not only with his co-leads, but with the audience. Slow or fast, life spells out the inevitability of moving on and away.

For the rest of it, this is one breathless ride. The best was saved for the last. 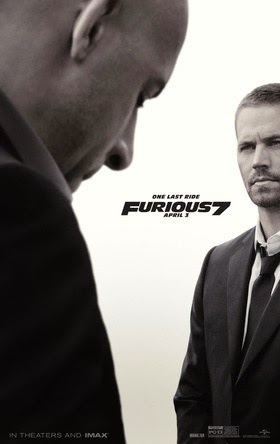